Expand your financial opportunities and be able to go the extra mile! With an 18-month Certificate of Deposit at 3.50% APY1, you can increase your savings in a secure and predictable way.

Expand your financial opportunities and be able to go the extra mile! With a 12-month Certificate of Deposit at 3.50% APY1, you can increase your savings in a secure and predictable way.

Expand your financial opportunities and be able to go the extra mile! With a 24-month Certificate of Deposit at 4.05% APY1, you can increase your savings in a secure and predictable way.

The Covid-19 pandemic—a rare black swan event—was the catalyst that created a logistics nightmare. This past summer, Congress stepped in and passed the Ocean Shipping Reform Act (OSRA 22) to prevent another such crisis from occurring in the future. Learn more about OSRA 22 and what it means for your business.

The supply chain bottlenecks caused by the Covid-19 pandemic exposed longstanding issues with ocean ports and maritime regulations. Ships sat stranded off the west coast for weeks at the pandemic’s height, unable to deliver goods at the Port of Los Angeles. The result was a goods shortage whose effects rippled through the economy. This past summer, Congress stepped in and passed the Ocean Shipping Reform Act (OSRA 22) to prevent another such crisis from occurring in the future.

The first major revision of US maritime statutes since 1998, this reform was long overdue. Passed with overwhelming bipartisan backing, OSRA 22 beefs up the Federal Maritime Commission’s (FMC) authority to regulate ocean carrier practices—practices that affect not only international shipping but also the inland domestic flow of those goods by truck and rail.

What Exactly Is the Ocean Shipping Reform Act?

As mentioned, the Ocean Shipping Reform Act emerged as a direct response to last year’s international shipping crisis. The pandemic trained a spotlight on how delicate and interwoven our global supply chains were. To prevent another such meltdown, countries worldwide have been taking steps toward greater oversight and domestic control over shipping. 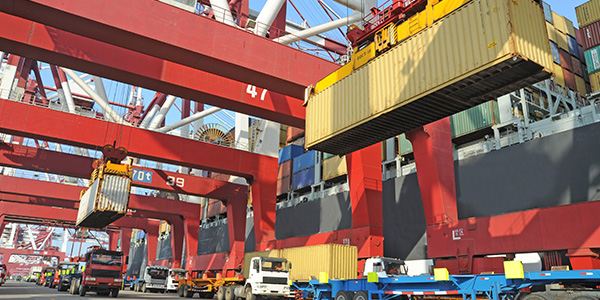 During the shipping crisis, liners across the Pacific clogged ports along the west coast; international shipping reached a near standstill for several weeks. Compounded with this were complaints about artificially high prices, unfair practices such as refusing available cargo space, and long waits that turned back ships ready to take American goods.

The new Ocean Shipping Reform Act tries to cut through this confusion, funding the FMC to encourage greater enforcement of fair standards. OSRA 22 designates $32.9 million for FY 2022 for the FMC to implement the new provisions; that amount will increase to $49.2 million by FY 2025.

These funds will aid the FMC substantially in its new mandate to investigate detention and demurrage charges, unfair practices, and complaints about vessel or cargo space accommodation. The Ocean Shipping Reform Act also protects US importers and exporters from retaliation by ocean carriers and empowers the FMC to refund excessive or unfair charges. Thanks to the Act, the FMC can, for the first time, establish a shipping exchange registry for greater visibility.

Shipping During the Pandemic: How Did We Get Here?

The circumstances that led to the Ocean Shipping Reform Act arose from longstanding problems with ocean carriers and ports, brewing for decades. The Covid-19 pandemic simply created the perfect storm.

Global lockdowns and continued high consumer purchasing impacted trade and clogged or shut ports. Because ships had to maintain their shipping schedules—and due to high charges for remaining in port—they could only wait so long, and left. They often returned home with the same goods because they could neither unload, empty their cargo containers, nor load new shipments. 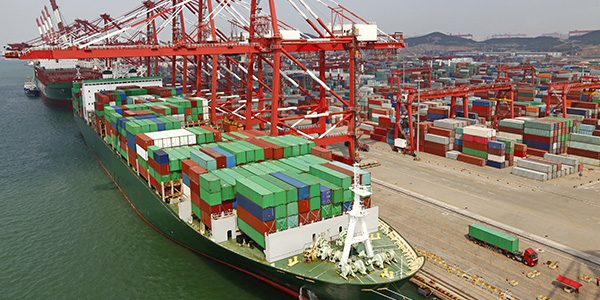 Instead, containers sat on docks and onboard ships, waiting to be moved and often spoiling the goods inside. In addition, fewer workers were available to move goods—and then there were disputes over the chassis attached to trucks to move containers.

Let’s examine this nexus of circumstances a bit more closely.

Because of thorough free trade agreements with various countries, the US has seen increased levels of trade over the past two decades, and demand had outstripped supply well before the Covid-19 pandemic. Ocean carriers began to reduce the time shipping containers could remain on docks before demurrage and detention charges were applied; this was supposed to speed up loading and unloading at ports.

Covid-triggered lockdowns within the US and other countries changed all that. These occurred at various times and for different lengths. Some countries shut down everything; others closed only certain sectors or for short periods. Still, others rotated their lockdown schedules in a complicated cycle. 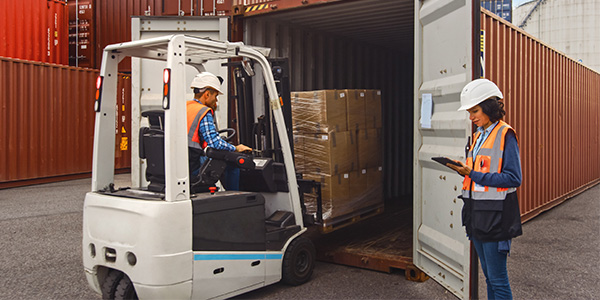 Unfortunately, demand didn’t stop with supply. Instead, the lockdown shifted consumer buying patterns to an eCommerce, goods-first mindset—exactly what a shipping industry in turmoil didn’t need.

In the US, eCommerce sales in 2021 jumped 50.5% from 2019 numbers, representing $870 billion in sales. Some of this increase was due to panic buying (toilet paper and other necessities for fear none would be available). But most of it was just the convenience of online shopping—no more driving, finding a parking space, or fighting crowds at malls. Consumers took to it like a fish to water. Though the lockdowns are long since over, online shopping is still booming.

This surge in spending created a logistics dream that quickly careened into a nightmare. The high demand for goods—usually imported from other countries—increased shipping container volumes at ports all over the world. But in the US, there was also a labor shortage, operational issues, chassis issues, and ocean spot limits. Because many imports to the US come from Asia, ports on the West Coast were especially jammed. 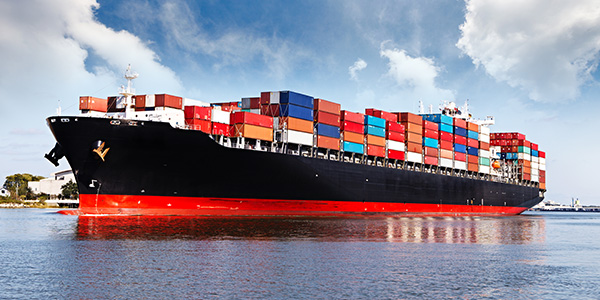 An ocean spot is a patch of ocean where a ship can anchor to wait to unload its cargo of containers. Ports charge ocean spot rates to lock in that patch of ocean to unload a specific shipment without a long-term contract. This differs from the demurrage and detention charges for containers traditionally passed on to consumers.

During the height of the supply chain bottleneck, most docks sat full of containers waiting to be loaded onto ships or put on trucks for distribution within the US. Ships from other countries that waited in ocean spots could only remain there for a specific time because of their shipping schedules; to keep on those timetables, they often returned to their home countries without unloading or picking up any new containers.

Those shippers lost money two times over: in ocean spot charges and not being able to offload goods. Meanwhile, American businesses suffered because they couldn’t get their containers on those ships.

Wait times and vessel counts at ports also increased. The Port of New York–New Jersey had up to 10 ships waiting at anchor for 1.8 days. Increases in wait times and port costs boosted the price of goods, which then passed onto the consumer. 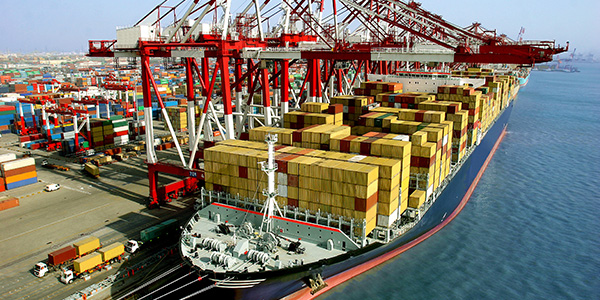 Trucking companies must come in and load the container onto a vehicle to move the containers off the dock. This isn’t just using a crane to put a container on a truck bed. The truck must use a specific chassis owned and maintained by ocean carriers—and pay a special chassis usage surcharge. This is a practice that is totally unique to the United States.

Intermodal equipment providers have taken over chassis distribution and maintenance in recent years, but ocean carriers still have influence over use. Ocean carriers provide door-to-door contracts called carrier haulage contracts that limit the use of the chassis.

This practice doesn’t contribute to the smooth movement of containers in and out of ports and ultimately restricts unloading ships, forcing them to wait and adding to the bottleneck.

One longstanding measurement of port efficiency has been the Container Port Performance Index. This tracks the time vessels spend in port to complete their work—from when a ship reaches the port to when it leaves. Some metrics include the amount of berth time at the port and crane moves per hour. For some time, US ports have trailed Asian ports in performance. The backlog last year compounded an existing inefficiency.

What the Ocean Shipping Reform Act Means for Logistics

The Ocean Shipping Reform Act will benefit the logistics industry in many ways. As mentioned, one of the most important is giving the FMC more authority to aggressively investigate detention and demurrage charges. In addition, the Ocean Shipping Reform Act shifts the burden of proof to carriers, who must offer justification for fee increases or the application of other charges. This is a huge benefit to shippers who didn’t file complaints during the past supply chain bottleneck because they felt those grievances had no legal standing. 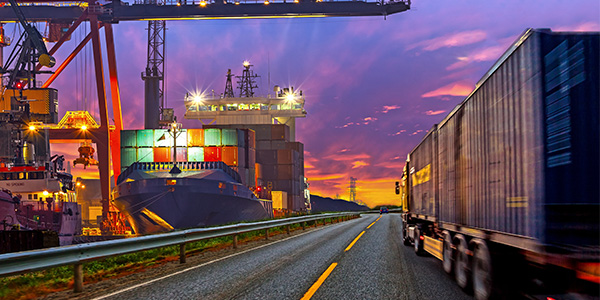 The reform also addresses the controversy over chassis use. Before April 2023, the FMC must join with the Transportation Research Board of the National Academies of Sciences, Engineering, and Medicine to study chassis use and develop clear best practices for marine terminal operators, the trucking industry, and railroads.

The Ocean Shipping Reform Act also required the FMC to issue specific rules for defining prohibited practices by ocean carriers regarding demurrage and detention charges—within 45 days of the signing of the Act. Having additional enforcement staff will help the FMC enforce the new rules.

Legal claims for overcharging demurrage and detention fees can start immediately. However, the Ocean Shipping Reform Act will benefit the logistics industry more in the long and short term. The issues that brought the reform have been longstanding, reflecting a need for better dealing with supply and demand.

One innovative provision of this reform is the development of new strategies for the Federal Maritime Commission and the Department of Transportation to use inland ports to store and transfer cargo containers.

The Ocean Shipping Reform Act: Not an All-In-One Solution

OSRA strives to solve some logistics concerns that haunt US ports because of the increased consumer demand for goods. However, true change depends on how aggressively the Federal Maritime Commission takes its new enhanced role.

Historically, the FMC has solely operated as an administrator. Now it has to take on the controversial tasks of making rules and gathering information. It will most likely need to boost staff levels—but funds from the Ocean Shipping Reform Act should help. 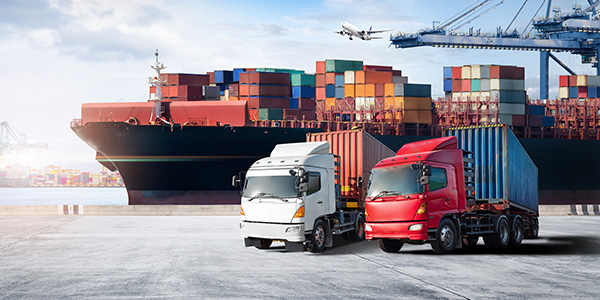 Change, however, always has some pushback. Ocean carriers are arguing that the new rules—especially for demurrage and detention fees—will make bottlenecks at ports more common and add another level of complexity to their work.

Prepare for an Uncertain Future Today With Wisconsin Bank & Trust

The issues that congested ports reflect global economic forces beyond one industry or country's control. Increased consumer demand and longstanding issues surrounding the loading and unloading of cargo were already creating some concerns. The Covid-19 pandemic—a rare black swan event—was the catalyst that created a logistics nightmare. It also showed the whole world how intricately we are all connected. We are all affected by what happens not only in our own homes but around the globe.

These events spurred the creation of the Ocean Shipping Reform Act. Congress took a hard look at shipping conditions and regulations that hadn’t changed in a quarter of a century. Reform was necessary—not just for the logistics industry but for all businesses and consumers.

Supply chains and their effects on the delivery of goods are concerns for everyone—especially business owners making decisions about inventory, sales, and servicing new customers. Having a reliable financial partner with deep industry expertise by your side, like Wisconsin Bank & Trust is critical for making financial decisions in this economy—and exploring future possibilities. Contact the experts at Wisconsin Bank & Trust to plan for your future today.

Logistics Industry Trends: What to Know to Start 2023 Strong!

Your 2023 Checklist for Preparing Your Estate and Tax Planning Documents

Warning: You Are Leaving This Site.